“All the Bright Places” by Jennifer Niven

“Theodore Finch is fascinated by death, and he constantly thinks of ways he might kill himself. But each time, something good, no matter how small, stops him.
Violet Markey lives for the future, counting the days until graduation, when she can escape her Indiana town and her aching grief in the wake of her sister’s recent death.

When Finch and Violet meet on the ledge of the bell tower at school, it’s unclear who saves whom. And when they pair up on a project to discover the “natural wonders” of their state, both Finch and Violet make more important discoveries: It’s only with Violet that Finch can be himself—a weird, funny, live-out-loud guy who’s not such a freak after all. And it’s only with Finch that Violet can forget to count away the days and start living them. But as Violet’s world grows, Finch’s begins to shrink.

This is an intense, gripping novel perfect for fans of Jay Asher, Rainbow Rowell, John Green, Gayle Forman, and Jenny Downham from a talented new voice in YA, Jennifer Niven.”

Where do I start?

I don’t know where to start…

It was bad. I mean…the last book that I found this unbearable was “Adultery” and that was a crappy book and so “All the Bright Places” is down there as well. I had to force myself to finish it, I didn’t enjoy it one bit. Reading this book made me sad, because it had an incredibly important story to tell, but it failed dramatically. I think comparing it to “The Fault in Our Stars” is a huge mistake and disrespectful for fantastic work of John Green.

The character’s development was so poor. Both of the main characters, Violet and Finch, were nothing more but a bundle of illnesses. We meet Violet after she has lost her sister to a car accident. All we really learn about her is that the two used to have a blog together and Violet has stopped writing after her death. That’s it, that’s how much the character of Violet was developed. It is such a pity, it makes me so sad that the sisterhood theme was not explored in any detail what so ever. It was almost nothing, it was just mentioned a couple of times and that’s that! That was such a great opportunity to introduce the Violet and characteristics of her personality. But Violet had no personality, no significant personal growth.

In contrast, Finch had many, infinite almost number of personalities as well as illnesses, including but not limited to obvious bipolar disorder. His character was acting differently in every single chapter. I will be honest, I couldn’t follow him at all. Finch was jumping from one persona to another, changing clothes, accent, so desperately looking for some attention, going into extremes that it felt as if he wanted people to stop paying attention to him. And so they did.

I could not connect to either one of the main characters. Rather than the characters being incorporated into an important story-line, it felt as the characters were just there to show off the illnesses, as if the story purpose has been lost very early on. The ‘love’ or connection between the two characters was laughable, it felt so forced, Finch was just forcing himself at Violet until she said yes and then when she did develop feelings for him, for which Finch exactly did she developed those feelings. She didn’t knew the real him at all. He put her in the middle of the situation where she couldn’t helped him but was also hurt the most and for nothing. 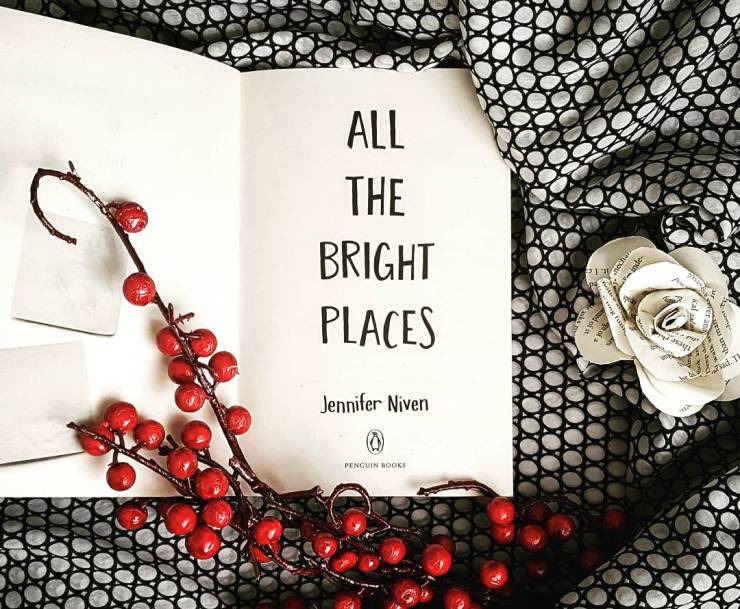 Those were the main characters. So, what about side characters? There was a huge number of adults mentioned, ranging from parents to school counsellors. And what did they do about the so obvious illnesses of Violet and Finch? Nothing, nada, niente. Every single person ignored the obvious symptoms. Because the character’s development was so poor in my opinion, it felt like every other character except Violet and Finch was not meant to be in this story. Like they had no purpose.

It is a pity, because this book didn’t show as if there was anything more to those characters, other than their illnesses. I don’t think it is an accurate image. I did not feel I could relate to it. Comparing it to other YA novels conveying similar message, “All the Bright Places” has failed, focusing too much on illnesses themselves rather than developing the characters into personalities I could relate to. Human beings are complex and in this book Violet and Finch were reduced to bare minimum.

I think this book is not a good YA story. I think it fails in one major, critical aspect. Coming back to adult side characters this book shows as if there is no support anywhere, no matter where or who you go to if you’re suffering from mental illness. This is a very negative portrayal that is not needed for younger readers, who may be dealing with similar problems. This book shows that if you’re struggling, the situation is hopeless and no one cares. Well, that’s WRONG. I think it is very misleading and this book should give a better example to readers who may be facing similar issues, in fact maybe it should not be listed as YA in the first place. I understand it is a difficult topic to portray but doing so in a wrong way is not going to help anyone. And I personally don’t believe in telling a story, just for the sake of telling a story, not in this book genre.

Maybe you read it and this book has helped you. If so, please let me know how, because I personally fail to see it. 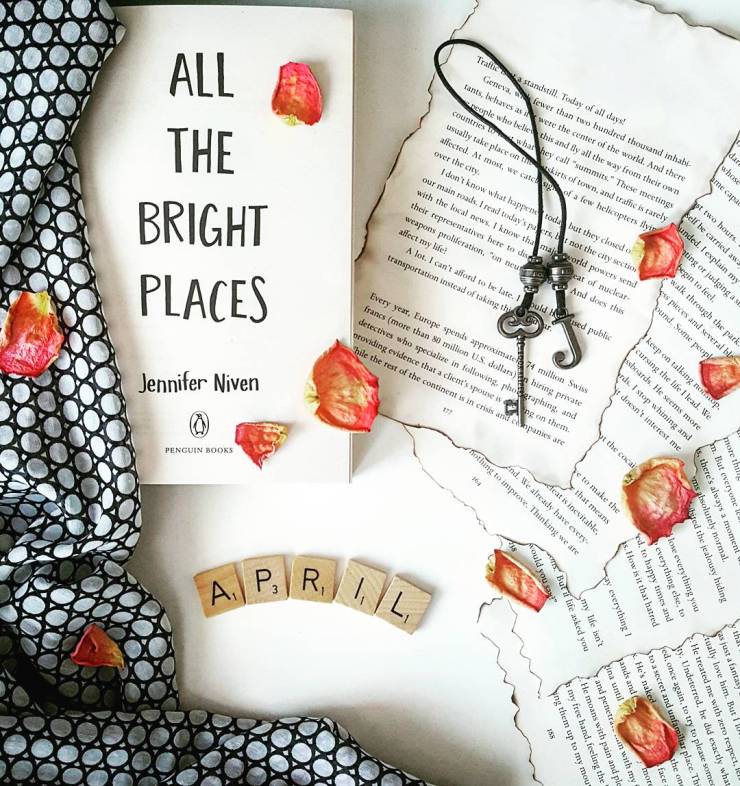