“A Court of Thorns and Roses” by Sarah J. Maas

Spoiler Alert, the following book review reveals details about the content of the book.

I’m not really sure how to review this book.

Its story had sucked me in, wanting to read next page, next chapter, and next book. And I don’t really know why, because it had components seen before. To put it simply, it felt like a mixture of “Beauty and the Beast” with “Twilight”. Even the male protagonist had a beast form and of course there is a curse… But “Beauty and the Beast” is a phenomenal classic with an important message to tell, while ACOTAR, well…

I had so many issues with this book.

To start it off, the author uses a lot of “clicked his/her tongue” phrase. It became so apparent to me while reading, that I rolled my eyes in anger each time I saw it. I really hope it will not continue in the next book. It’s a weird trend.

The next big thing that has been a disappointment was 180 degree turn within parts of the story. E.g. since the beginning of the book we are lead to believe that Fae cannot lie. And for next, approx. 200 pages, you go on, living this story in your head, analysing each and every scene and its meaning based on the information given, just to randomly hear in the middle of the book, that it is not true and Fae can indeed lie. Now, that is just one of the examples and I don’t mind this fact itself, it may have been important to the storyline. However I disliked the way it was done. I felt as if it wasn’t well thought out, the way those turns should take place within the story. This made the plot seem inconsistent and overly complicates things. Plot twist here, plot twist there and by the end of the story I wasn’t even sure whether I enjoyed the story overall or not. I enjoyed so many aspects of the story line, but by the end I felt like someone had switched the text to a different book. What it came down to, was an entire chapter dedicated to a dialogue from a single side character that knew all the truth and that was needed to allow all readers to catch up. I dislike those kind of stories, because they make no sense for majority of chapters, when you never knew the entire story, just scraps of it. As if author has omitted very important pieces.

Feyre, the female protagonist, has a poorly described Stockholm syndrome, where one moment she was willing to do anything to escape back to her family after being kidnapped, and in quick turn she suddenly felt lust towards her captor. Well to start off with, Stockholm syndrome is cliché and overused in many, if not in majority, of romance novels. But in ACOTAR especially, I felt as if it had happened without reader’s knowledge, somewhere in the background as if the author didn’t give us all of the available information. It wasn’t a gradual development of the feelings, rather than sudden burst of it. As if the story played out in full in her mind but she forgot to tell us about it, before it was too late.

Without the love story, there wouldn’t be much of a story at all. I wish it wasn’t the case, because I enjoyed the world described, each and every court, the political system with High Lords and lesser faeries. It felt like the book was written around the characters rather than the world and situations. I liked Feyre as a character but her development went downhill, from a strong independent human who cares deeply for her family and has well defined personality and priorities, down to a pawn in a game, driven by lust, forced to fit into the story.

The ending has picked up some pace, but I found it tedious, there was a riddle and I guessed the answer as soon as I read it, which turned out to be true and it left me a little annoyed. Some poor shot at Riddles in the Dark from the Hobbit…

It was hands down the hardest book to review for me so far. I had love/hate relationship with this story and it was so hard to be objective. In summary, I loved the world, the creatures and their characteristics but I wish it was developed more, embraced and that it would allow Feyre’s story to follow naturally. Instead it felt as if the main characters and their relationships were developed first and everything was cropped to fit around it. 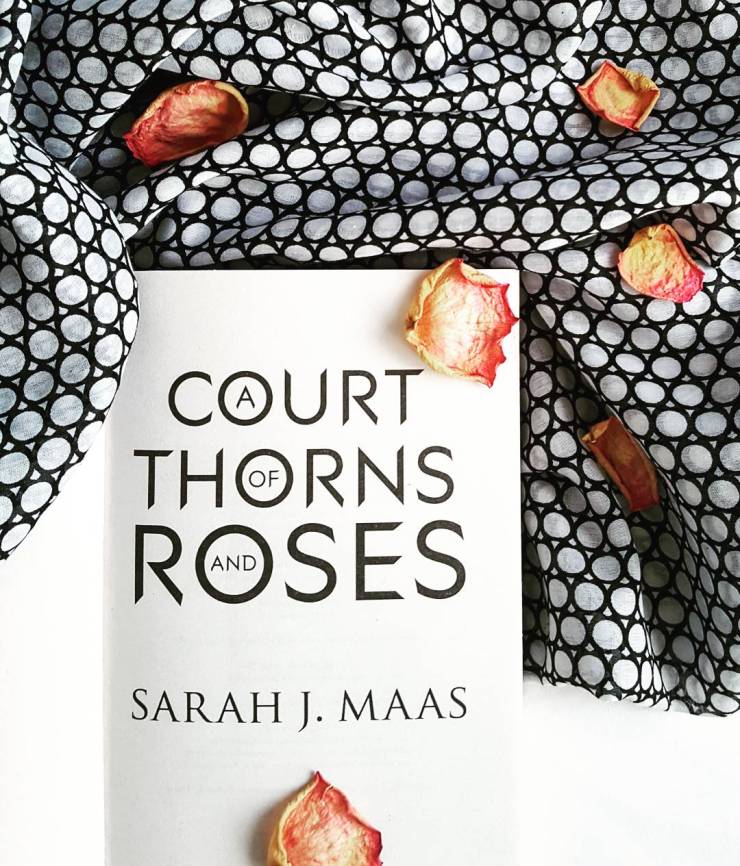