For a book that has less than 400 pages, the story is massive, especially in the second half. Holly Black does not hold anything back, she is very direct, do you want to know if Faeries have periods? Holly will tell you. This novel is dark and twisted, filled with many unpredictable twists and turns. 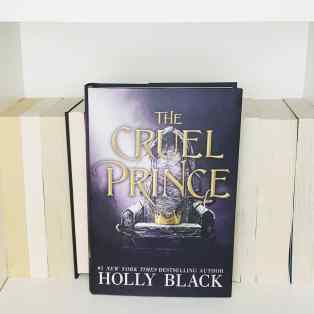 Jude is a mortal who lives in a Faerie world together with her mortal twin sister Taryn, fae half-sister and the killer of her family. The set up of the book is relatively slow. I found the description of the world to be in too much detail, especially at the start. There is also a lot of descriptions of the creatures living in that world that are of no relevance to the story line. That has slowed down the momentum of the novel, but considering it is meant to be a trilogy series, I can understand setting up of the world, provided the next two sequels will avoid it.

Jude is bullied at school by Prince Cardan, the youngest son of the High King, and his gang of fae friends. They bully her to the point when her life is threatened. Jude is a born fighter and so she stands up to those people, without her sister’s support. Jude trains sword fighting in order to become a knight to gain respect and finally belong in the world that is not hers, however she is denied the opportunity. Fae cannot lie and so Jude’s ability to do so becomes desirable to Prince Dain who is bound to become the next High King and so she becomes his spy, without anybody knowing.

Between going to school, poisoning herself with small doses of toxins and training and spying for the future King, Jude develops a romantic relationship with one of Cardan’s fae friends, named Locke as well as she kills another one of his friends in self-defence and single handedly disposes of his body in front of her house.

The crowning ceremony comes around and it gets out of control, where Balerin, one of the son of the High King murders Dain and the rest of the royal family, except for Prince Cardan who has managed to hide away. Balerin wants to become the new King however only a member of the royal family can crown him due to a spell casted on the crown, so a man-hunt begins. Jude finds Cardan and holds him prisoner until she’ll figure out what to do. In the meantime, she finds out that the man that killed her real parents and raised her was deceiving everybody all along and also that Taryn’s secret admirer she is engaged to, is the same Locke that was kissing Jude.

So that’s the very basic summary of the story, I am skipping over so much. It is such a twisted novel, it goes from a girl bullied at school, assassin/spy training, murders, political intrigues, family deception and I’m not even sure where it ends. It was so hard to predict anything. Frankly, I’m quite happy that a Young Adult novel contains so many heavy topics in it, it makes for a very unique read. 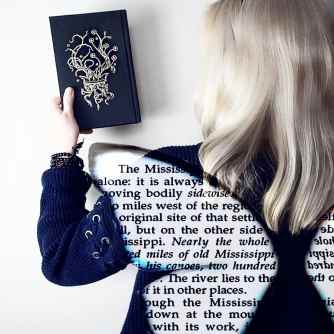 Jude is an amazing character, she is flawed, witty, committed to her dream by any means. She goes from a nice girl who tries to fit in, to a manipulative killer, a key player in the future of the Faerie Kingdom. By the end of the book, I felt sad for her, she not only lost her real family at a very young age, but she also lost the one she had later on. Her sister Taryn has completely disregarded Jude for a guy, who she knew was not faithful to her. The reason this is significant is because Taryn was the last connection that Jude had to the mortal world, it was them two in the faerie kingdom, meantime Taryn simply gave up on her sister, she chose somebody else over her. So at the end of it all, Jude is alone, with no place in this world, with no one by her side, not much has been resolved by the end of the novel.

Sometime after Jude kidnapped Cardan as her prisoner, she confronts him why does he hate her. And there out of nowhere we learn that apparently he thinks constantly about her and cannot stop. Jude and Cardan end up kissing and that is the most useless scene of them all. It completely throws off Jude’s story. On one hand you have this heavy development of hate and alienation towards Jude and the author just threw it away in a very cringy fashion. I feel that if she wanted to pursue that direction in Jude and Cardan’s relations, Holly Black could have waited until the sequel, especially because after that weird, short episode, things are back to normal, twisted self.

I am giving this novel a solid 4. I think it is a very remarkable read, in a sense that it explores a range of topics that are not commonly found in young adult genre. It contains a lot of bloodshed and deception, I enjoyed all the intrigues and the complexity of the story line.

However it is not a perfect novel. I feel there is too much going on in this book with respect to its length. I really enjoyed the read but it was too boring for the first half and too packed for the other. There was no time to digest or get used to any particular current state of the protagonist, because it was constantly changing. I wish the book was less condensed at that stage.

Also, I was not particularly happy with any character development that wasn’t Jude’s, especially Cardan’s. There is a lot of speculation around him, mostly wrong and done by Jude and when we finally do get glimpses of him, it shifts significantly back and forth all the time, I’m not sure how I feel about him.

I liked Holly’s faerie realm, how ruthless and unforgiving it was, but the more I think about this book, I find more and more flaws with it. Enjoyable read overall, it provided me the necessary break from the usual, heavily romanticised young adult genre, it definitely was a breeze of fresh air. I honestly cannot wait for the sequel, I feel that now the world is all set up by ‘The Cruel Prince’, Holly Black has an amazing opportunity to truly give us a fantastic series, I have very high expectations.