This review is going to be really quick, because if I dwell too much on this book, this post is going to turn into a full on rant.

I am going to give “The Hazel Wood” 2 stars. If I had to use one word to describe it, it would be: disappointment.

The premise of the story is one of the best ones I’ve read to be honest. I really like a darker approach to fairy tales and “The Hazel Wood” promised to be intriguing, imaginative and cruel. 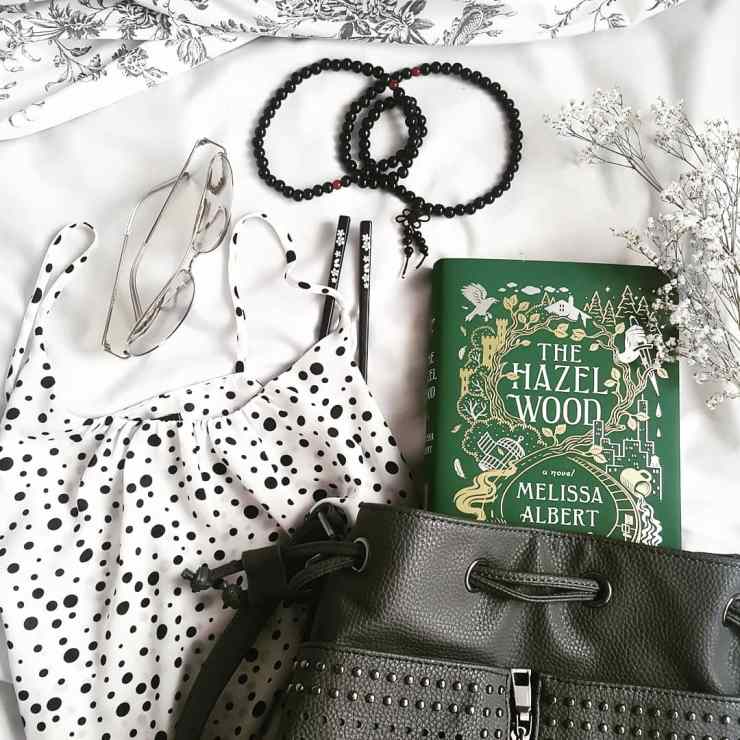 And for approximately first 1/3 of the book, it delivered what it promised. The story was well set up, good balance between narrative and descriptions, it was introduced in good enough details and it didn’t get too complicated.

Everything after that has crumbled down. The main character, Alice, was awful. The more I got to know her, the more annoying, arrogant and unreasonable she became. I didn’t understand what or why she was doing. There was one scene where Alice and Finch were in the car and Alice was driving, she became enraged after their conversation and her idea to burn away the anger was to, on purpose, almost drive into a nearby tree, turning around at the last second. Alice didn’t think of consequences to her actions, she was apathetic – didn’t care for the only person that was willing and able to help her. At the end, she only uses him for his money, since he is so conveniently rich.

The problem with this particular story, because I didn’t like Alice, there was no other protagonist. Finch wasn’t as important as I first expected him to be, and so it was horrendous to continue to read the book. It took every ounce of my will to finish it and not give up.

The other problem was the story itself. Somewhere around the middle of it, it became far too complicated to follow. It had twists and turns and it was written in such a boring way, I lost all the interest, I saw the words forming sentences but it didn’t make much sense.

Also, some of the sentences used in this book are appalling and so awkward:

“Usually when I looked at people too long I started seeing them as component parts: Bony noses. Eyeballs in sockets. Odd cartilage curve of ears and fingers so strange and over evolved and makeup floating just over the skin and what the hell was with pants, and knees, and how did we walk around like all of this was normal?”

Next aspect of “The Hazel Wood” that I did not enjoy was the underdevelopment of secondary characters. For majority of the book we hear rumours about Althea, the mystery grandmother, author of the fairy tales, and when she finally figures into the story, her character is completely skipped over, no thought given. And I suppose that trend fits well with Alice’s personality, selfish, narrow-minded point of view.

One and only aspect that I did enjoy, were the fairy tales themselves. They were cruel and dark, very unique, but there was such an insignificant number of them in the story, that it didn’t make up for my lost time. Some of them were not even told fully, left unresolved.

Overall, the hype and premise of this book were very misleading. It wasn’t what I was told it will be, what I was expecting.

“And while they’re being told, stories create the energy that makes this world go. They keep our stars in place. They make our grass grow.”

Unfortunately, this will be of the tales that is not retold by me, hidden away, best forgotten.