The following review contains details about the plot of the book.

‘Restore Me’ is a beginning of a new series, yet a continuation of ‘Shatter Me’ series.

I will state straight away that I found it disappointing.

The writing has changed significantly. The story is no longer told from Juliette’s perspective only, now it alternates between her and Warner. First of all, the fact that it says Warner and not Aaron surprised me. I thought now that he is trying to be a better man, change his life around with new-found feelings, calling him Aaron would have been symbolic to that change.

I hoped that reading from Warner’s perspective would provide us with more details regarding his life, his past and why is he the way he is, how did he managed to stay true to himself regardless of his life hardships. Meantime the author used this new perspective to illiterate certain points of the story in a convenient way. One example comes to my mind, when we read that Juliette feels as if she doesn’t know much about Warner’s past and wishes to learn more. Next chapter, we read that Warner comes to a conclusion himself, out of nowhere, that he doesn’t want Juliette to know anything about his past. It just feels like it’s written by the same person, too apparent coincidences. 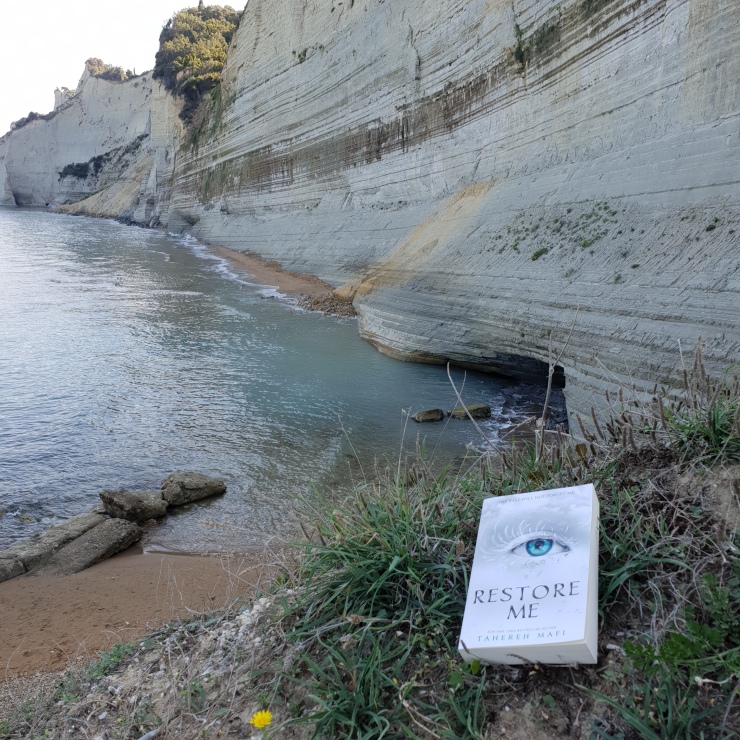 Our main character Juliette, dear Juliette… The Juliette we all know and love (I do at least), confident, strong, bad-ass Juliette who’s fantastic development we read in the past 3 books, is now gone. She is replaced by Juliette from the very beginning of ‘Shatter Me’, who’s afraid of her own shadow. I hated Juliette in this series, she was being unreasonable kid who didn’t get what she wanted.

Her relationship with Warner is laughable. They have sex from time to time and outside of it, they don’t talk to each other about anything. Throughout the whole book, there has been maybe one proper conversation between them. Juliette doesn’t want help from Warner even though she desperately needs it, it’s just very immature. 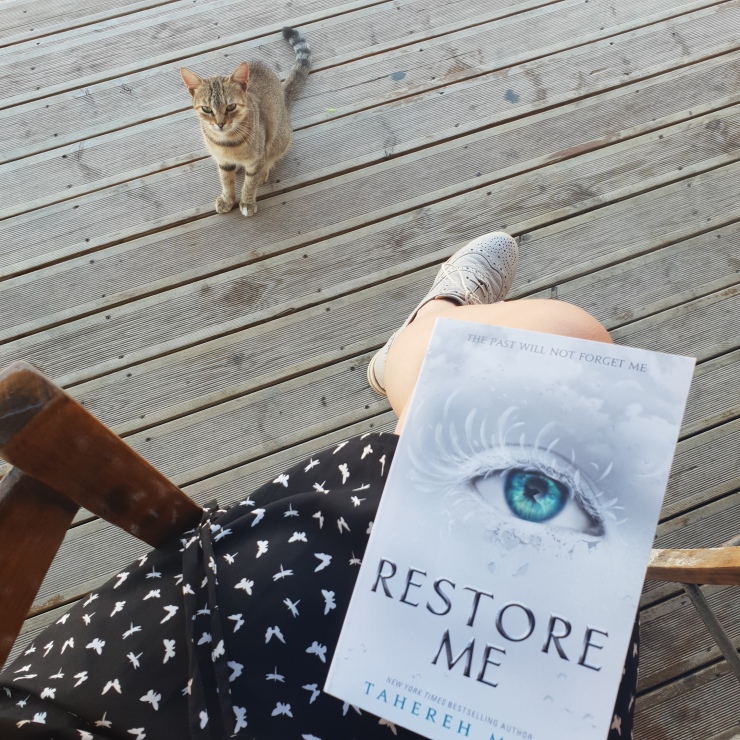 The plot in its entirety is focused on teenage drama and drama only, it was simply too much. Where the first 3 books had some sort of story-line, ‘Restore Me’ didn’t. Juliette changed so much, she breaks up with Warner for not telling her one piece of information, but telling her all the others. Then, in the next scene, Juliette believes Kenji when he simply says he didn’t lie to her, ‘You promise?’ is all we get from her. I’m with Warner on that one, ‘She didn’t ask’.

This book is just silly. At the moment, I wish the series ended on ‘Ignite Me’, because even though it didn’t have a satisfying ending, I didn’t regret reading it.

I decided that for me personally, ‘Restore Me’ is going to be a start to a new series and I will not tie it in with the ‘Shatter Me’ because it doesn’t do it justice.