“Preacher, Book 1” is a collection of Preacher comic book volumes 1-12 that tell the story of Jesse Custer, Texan preacher, who has merged with spiritual force, the offspring of angel & demon, called Genesis. He now possesses the power of “the word”, having the ability to make others do whatever he says. Joined by his girlfriend, Tulip, and a hard-drinking Irish vampire, Cassidy, he is off on a quest to find God after he quit the Heavens. 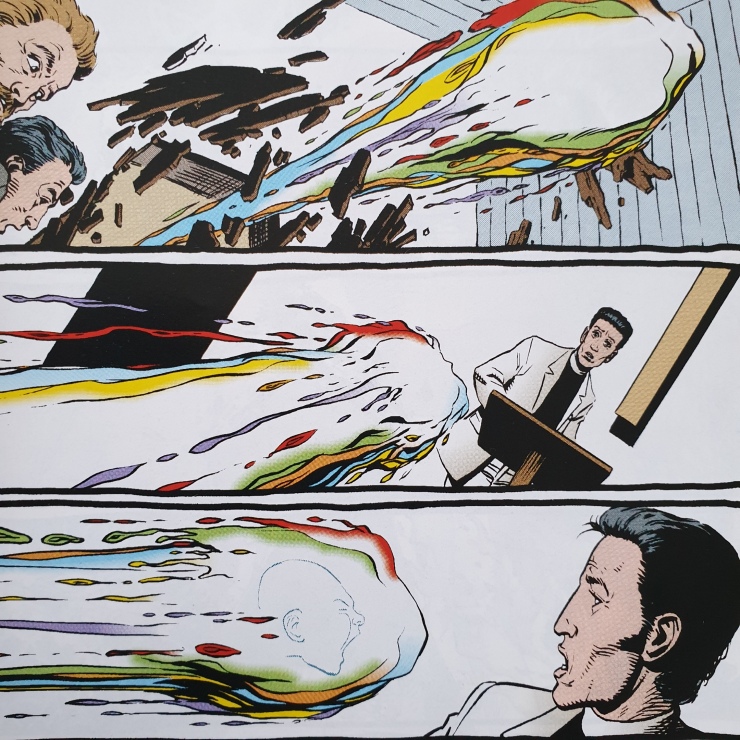 Just writing this short summary of Preacher puts a smile on my face. Despite of how violent and disturbing this graphic novel is, the premise of the story is utterly fascinating! It is an intense mix of horror, comedy and romance that can offend a lot of people at once.

Despite the fact that this novel is extremely creepy and gruesome at times, it is also surprisingly funny and it had me laughing out loud a good few times. The dialogue is phenomenal – it feels so aunthentic, I couldn’t help myself but be drawn into it, so well thought-out. And Cassidy – such a fun and interesting character! 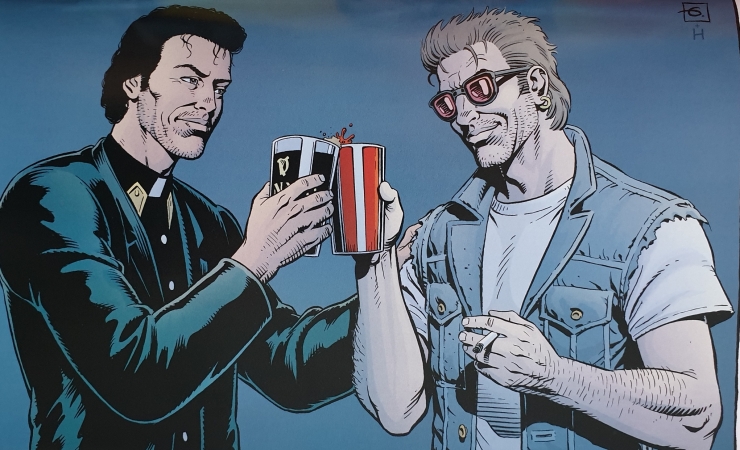 The storyline itself is extremely captivating, there are twists and turns at every step and it makes you want to keep reading it. I had a very hard time trying to predict what will happen and so there were plenty of “wow”, “omg” and “wtf” moments for me. I enjoyed the thrill of Jesse’s journey and the mystery that unravels. It feels like there are no limits for the writer and the madness he is coming up with for all those characters and the plot – it’s fascinating to watch it unfold.

One other surprising factor in Preacher was how subtly but decisively the romance between Jesse and Tulip is portrayed. It is clear from the beginning that they have strong feelings towards each other and seeing those moments is like a fresh breeze amongst all the hell that’s going on around. 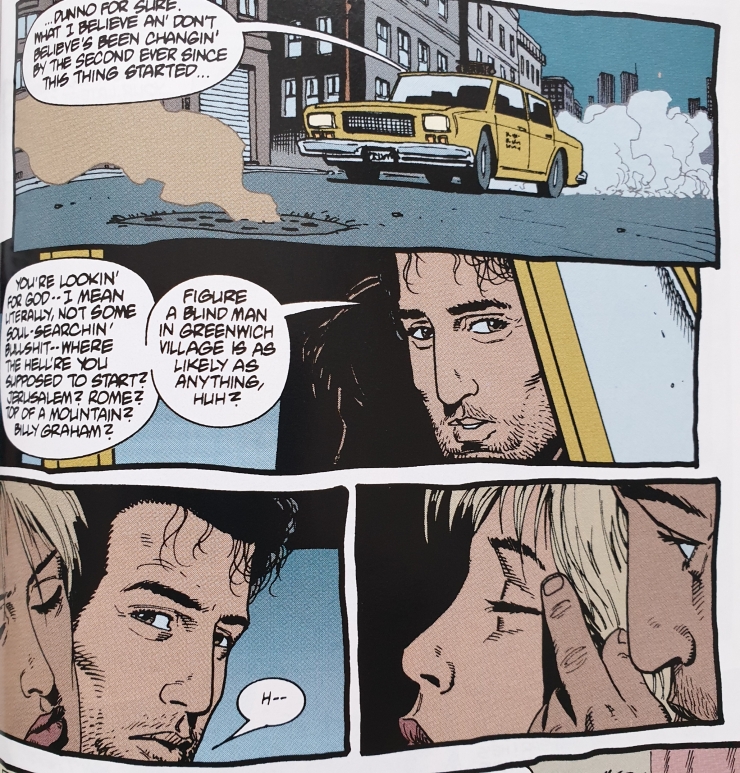 As for the art, it is quite an interesting one, although I have found difficulty admiring it to its fullest, when the context is so gruesome. I am generally not a fan of such stuff, I don’t really have a stomach for it either, but in my opinion the storyline has made it worth it. I don’t know why but I have always had a bit of a fascination with stories containing gods and god-like characters.

Overall, a very captivating and unique read, that is not for everyone. I cannot wait to get my hands on Volume 2 and continuing reading Jesse’s story, see what other mad stuff come up on his way to find God.

Thank you for reading my review, please let me know what you think in the comment section below! 🙂